We love to see big numbers and to start these results off with a flashy six figure amount. However, as we have all heard a thousand times, money isn't everything. Sometimes, at the end of the day, we are most proud and most happy with ourselves when we settle a smaller case, knowing that we fought for our client and that we ultimately got them justice. Larry's case below is an excellent example of one of these.

Larry is an 84 year old widower who was injured when he was rear-ended at a stop light in St. Louis while on his way to pickup tickets for that night's show at the Fox Theater in the fall of 2019. The impact in this case was minor and did not cause any visible damage to either vehicle involved. Neither party initially thought they were injured and decided to go on about their day. Unfortunately, a couple of hours later, Larry began feeling some pain in his back and ended up going to the ER to get checked out. As with many of our clients involved in low speed collisions, Larry was diagnosed with minor soft tissue injuries, given some over the counter pain medication and told to go see his primary care doctor if the pain continued after a few days. Unfortunately, it did, and he did as advised and underwent some treatment at a chiropractor and a few sessions of physical therapy.

Larry was initially represented by a large injury firm who, after his treatment was completed, made a settlement offer to the other driver's insurance company. The insurance company however denied the claim. They reasoned that because there was little to no visible property damage, Larry couldn't really have been hurt. Based on this, they refused to pay anything at all on Larry's claim.

The case was then referred to us in March of 2020 with the hopes that our reputation would get the insurance company to reconsider. Unfortunately, that didn't happen either, so we had to file suit on Larry's behalf. Shortly after we filed suit, the insurance company finally made a lowball offer to settle for less than $5,000. This is actually an amount that Larry might have taken had it been offered before he was referred to us, but we refused to take this "nuisance" offer and instead, did what we promised Larry we would, we began to fight.

Over the next year and a half, during the height of the COVID-19 pandemic, where courts were shut down, depositions and hearings were delayed, etc. we fought through roadblock after roadblock on Larry's case. We finally took the other driver's deposition and, to his credit, he admitted he caused the crash. He even admitted that he thought he was probably going faster than he should have been just prior to the crash based on the congested traffic in the area. He admitted this even though his attorney and insurance company had denied that he was at fault.

In his own deposition, Larry said that he was hurt during the low speed collision. He told the insurance lawyer that he felt pain in his back about two hours after the crash, he went to the ER, and then he followed up like they told him to. He said that he hurt for a few months, and then mostly he was healed. The only problem he still had now was that his golf game was a couple of strokes worse, but he didn't know if that was just because he was old or because sometimes his back was still stiff during his morning tee times or maybe, like me, he just isn't that good of a golfer!

After the depositions, the insurance company made another lowball offer. This time they offered a little more than $7,000 to settle Larry's case. Again, we rejected that offer. We continued to fight to get Larry fair and just compensation for his case. We had told Larry we wouldn't back down, and we weren't going to. The next defense roadblock was a request for an independent medical examination of Larry. They hired their own doctor to look him over one time and say he wasn't hurt. They rescheduled this exam at least three times, delaying the case more and more. After it was finally completed, this exam alone probably cost more than they offered on the case after we filed suit. But we didn't let this deter us. We didn't let the insurance company's paid "expert" tell us Larry wasn't hurt and that his case was not worth anything. Instead, we continued to fight.

We began preparing the case for trial. We started lining up depositions of Larry's doctors to contradict the insurance's paid doctor's opinion that Larry wasn't hurt.We began pushing the defense to provide us with dates for these depositions and we informed them that we were going to go to trial on this case. We let them know that, even though Larry wasn't hurt in a life altering way, we believed in his case, and we believed he should get full justice. We were willing to prepare the case for trial in the same way we would a catastrophic injury case.

Once the insurance company realized that, their tone changed. When they learned we were serious about Larry's case, they began to pay more attention. When they realized we were willing to go to trial on this small case, just like we would on a big case, they put more money on the table. Ultimately, after pushing and fighting through delay after delay, roadblock after roadblock, we were able to settle Larry's case for more than $20,000, an amount that was more than 5 times the initial offer.

This wasn't a flashy case. It wasn't a big damages case. We knew from the get go it wasn't going to result in a six or seven figure verdict. But we worked the case like it would. We fought for Larry just like we would fight for a client with catastrophic injuries. We fought his case after many other "big" firms would have bowed out and taken a lower amount just to move the case. And in the end, we won. We obtained a fair and just amount for Larry's case. 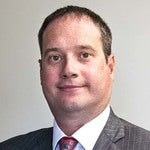